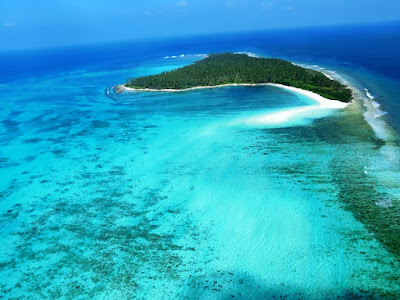 As the news of the islanders of Lakshadweep being engaged in long drawn protests with the authorities took limelight in the media, I was reminded of the malayalam movie Kammattipadam. This Rajeev Ravi directorial talked about the lives of people who were forced to give up their lands to the powerful real-estate mafias, as Kochi underwent a tide of urbanization.

The tropical archipelago of Lakshadweep is apparently finding itself in similar waters. The Union Government seems to have a revamped  vision for the islands, with a great onus on tourism. High end tourism projects are being mooted, “under the aegis of NITI Aayog with a vision to establish a robust base for maritime economic growth with tourism development”.

Among the various plans, the major attractions include the construction of overwater villas and bungalows, which have proved to be a great hit with tourists worldwide, especially so in Maldives and Bora Bora. While India has the ideal geographic conditions in the islands to build similar structures, the natural question is why haven’t we done it yet, right? Why are the natives protesting then?

The important question is how we perceive tourism? Deployed effectively, tourism can be a win-win for all parties involved. A memorable, warm and fun filled experience for tourists who wish to break away from their busy schedules and daily routines. A source of  added revenue for the government in the form of taxes. And most importantly, as means of livelihood for people of the locality, and not as a threat to them. This could be in the form of job opportunities in transportation, accommodation, food, adventure activities, culture, or arts.

Has the present development plans posed a threat to the inhabitants? Let us have a look. News reports suggest that the current Administrator Praful Khoda Patel, who took charge in December 2020, has proposed a slate of draft rules, including some that would give him powers to remove or relocate islanders from their property for town planning or development or declare land to be a "planning area", and one which would allow the administration to detain any person without trial for up to a year.

I am reminded of another malayalam movie Kunjananthante Kada, which tells the tale of Kunjananthan, a grocer, who is faced with the dreaded possibility that he might have to give up the land where his store is, as it comes in the way of a proposed new highway. He resists this with all his might, but finally it dawns on him that he would have to make some adjustments in order to facilitate the greater good. The movie ends with Kunjananthan having been reloaded to a different spot and the highway being constructed, easing travel for thousands of people.

It is expected that the development of something of a large scale would entail some uprootings and relocations. However, it is of paramount importance that the authorities provide the people affected with adequate compensation in the form of housing, money and livelihood. The people of the land have to be taken into confidence first, before parlaying with big investors about the projects of tomorrow.

Another point to be opposed strongly is the attempt to infuse politics into the development plans. What is the basis on which the authorities are proposing a beef ban in th islands, where an overwhelming majority consumes beef? While allowing the sale of liquor, another decision that sparked outrage, makes sense in the wake of tourism, the ban on beef can only be seen as pushing the agenda of saffronisation of India. Beef is a staple in cuisines worldwide, and banning it is not adding any value to the proposed tourism ventures.

One last point to be considered is regarding the fragile ecosystem of the islands. Utmost care is needed while carrying out the development activities. Each island of the archipelago is fringed by coral sands, and is marked by huge, shallow, calm lagoons on the western side which separates it from incoming swells of the outer sea by the wall of a reef made-up of massive coral boulders and live corals. Carelessness by tourists can disturb the habitat of corals due to walking on the reefs, anchoring of boats as well as release of untreated sewage and disposal of garbage as well as non-biodegradable solid wastes. Similarly, tourism related infrastructure development may also affect carrying capacity of these islands leading to pressure on natural resources.

Examples of successful models of sustainable development can be seen if one looks around, and let us hope the authorities take lessons from the same. The islands of Lakshadweep being adorned with exotic water villas do paint a pretty picture. It would be a happy picture only if the laughs of the wanderlusts would be complemented well by the contented smiles of the inhabitants.