December 15, 2018
The Twenty-third. My third. The one sans government aid. The one with the hiked delegate fee. Fortunately, our passion was superior to the sense of financial security.

Cometh the second week of December. The most memorable days of my Thiruvananthapuram phase. 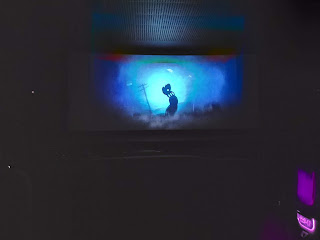 Dec 7 (Friday) : Opening Function - Skipped the function for the first time, as we (the movie crazy lot from work) were exhausted after the team outing. Made plans for an early watch the next day. 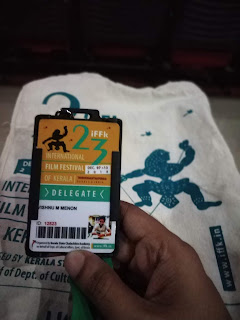 9 AM - Kairali - Manta Ray - we (Sreeram, Deepa, John, Anu, Anoop, Vinnie, Albince, Jijo, Chithira, Sajjad) watched our first movie together. A disappointment. And it was long.
Went out right after it ended and had tea. Took coupons for the next movie (Border). Coupons were a new thing. As the case of things new and unknown, I feared it.

12 noon - Tagore - The Debt - canceled Border since Pramitha (who I was meeting for the first time after years of occasional correspondence on Facebook) couldn’t get coupons. Took a rickshaw to Tagore. Reached just in time. Joined the queue without coupons. The volunteers said they can’t let us in. I would have called it fate and gave up, if not for the fighter girl with me. She said we were going in no matter what. And the volunteers had no say. Decent movie.

Over-priced lunch at the Sagara. Met the cynical Mathew, another Facebook friend of Pramitha. ‘I do not approve of ads.’ ‘I reject the materialistic world’, says he.

5 45 PM - New - Pity - The plan was to watch 'The Transit' but the coupons were sold out and I had not reserved. Opted for 'Pity' as there were seats. It was for good as 'Pity' was a very interesting watch.

8 45 PM - Sree - A Tramway in Jerusalem - the one with the misleading synopsis. It said ‘situational comedy' but the joke was on me who fell for it. Left it midway and went home.

9 AM - Kairali - The Bed - I love when the director and crew comes down for the premier. The lady spoke in Spanish about how episodes from her personal life inspired her to make the movie. The autobiographical angle gave the slow paced movie more depth. 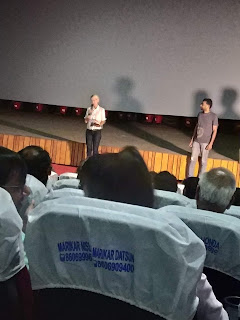 11 45 AM - New - In The Aisles - big queue. Show started fifteen minutes late thanks to some scheduling mess-ups. Pramitha returns. Watched a movie with Adoor Gopalakrishnan sir in the very next row. A pretty simple, one directional story-line.

3 15 PM - Remya - Non Fiction - Loved it absolutely. One of those French movies where a lot of intellectual looking people converse. Plethora of ideas being conveyed so you need to pay close attention.

No more movies as Pramitha had to return to Bengaluru that night. She was visiting Thiruvananthapuram for the first time, so wanted to visit somewhere before going back. As a beach person, I suggested Kovalam. Great evening. Clicked a few pictures. Bought pineapples and mangoes. And waited while she window shopped almost every stalls out there. Ordered a grilled snapper and had it on our way back in the auto-rickshaw. Plus ice cream. One crazy ride. Saw her off at the bus depot. 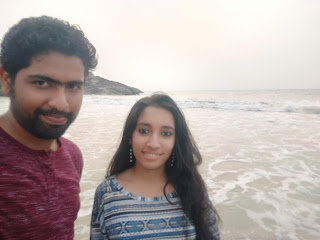 9 15 AM - Sree - Paris Square - Went early to stand in line for the hyped ‘El Angel’. Went for this as I was too early. Okayish movie. The queue was serpentine by the time I came out. The house was full before I got in.

11 45 AM - Kalabhavan - The Day I Lost My Shadow - rushed to Kalabhavan as Kairali was full. Rewarding decision. Good movie. Ordered lunch from Kaffeehaus.

3 PM - New - Too Late to Die Young - another disappointment. I could not make any sense and walked out after seeing many others doing the same. This movie put me off so much that I needed a break. Headed to the Mi Service Center, Karamana to get the display of my phone fixed. Backfiring move, as I could not make in time for the apparently “must watch” Capernaum. Tried out the famed Good Morning Hotel. Turned out to be an average affair.

Hartal by BJP for I still don’t know what. Well, it was about not missing the movies and also about making a point. Boarded the train to reach the city. Met two other delegates en route.

3 PM - Sree Padmanabha - Sinjar - I had reserved ‘I do not Care if We Go Down in The History as Barbarians’, but went for this as others were. Something that I regretted, except for the fact that it gives me joy in visiting all the venues of the fest at least once.

6 PM - Nishagandhi - A Twelve Year Night - I had reserved ‘The Dark Room’, but went for this since it was recommended to me by someone I met on the train. And because ‘The Dark Room’ was available the next day too. Also, the visit to the open air theater meant I had covered all venues of the fest this year. Really gripping watch. The movie is available on Netflix if you are interested.

9 15 PM - Kalabhavan - Woman at War - long queue and we reached late. Seats were full by the time Hari and I got in. Went to the very front and watched it laying on our backs. Unprecedented experience. Amusing watch. Background Music is the USP.

I was wrapping it up today. My long desire of boarding the double-decker was realized. 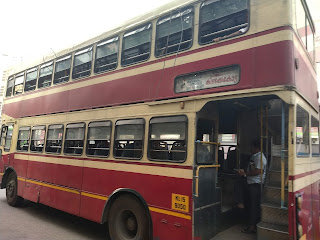 12 noon - SPI Kripa - Humans of Someone - wonderful concept. Would have been more effective if the dialogues were less pretentious and if they had gone for Malayalam instead of English.

2 45 PM - New - Capernaum - Finally! The most awaited watch. Full House. Directors Kamal and Sibi Malayil too joined. Expectations were sky high and that actually dampened our experience. The movie was good but the euphoria was missing.

6 PM - New - The Dark Room - My last watch of this fest. And probably the best. A sensitive issue and effective presentation. To my luck, the director was present. Could converse with him (via translators).

Went back with a contented mind. Voted for ‘The Dark Room’ which would win the ‘Suvarna Chakoram’ award for the best movie later. Th wait for December 2019 begins. 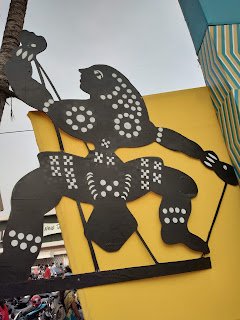