Finally, an SRK movie that satisfied me after quite a while. While Fan had an exceptional first half, the movie lost connection post interval. And while Dear Zindagi satisfied the viewer in me, it cannot be termed as the star's movie, since Alia was the greater soul.

But Raees is an all out King Khan show. The life sketch of a shrewd liquor baron, the socio-political landscape of the 80's Gujarat, all have been narrated by Rahul Dholakia with a realistic outlook with elements of drama to satisfy the average cine-goer and keep the cash box ringing.

Nawazzuddin Siddiqui is a show stealer as the cop. The intro scene is one of the best in the movie. Ram Sampath has done a good job with music. Udi udi jaaye is my personal favorite.

Though Raees is given a larger than life image, the makers have not gone over the top like the usual masala movies.

If we are to nitpick, I felt certain portions of the latter half dropping pace. Also the action scene with a shooter guy seemed a bit too much.

Shahrukh was totally charming throughout. 51 years are not reflected in the performance. Such energy and looks. Mahira Khan did her part decently. 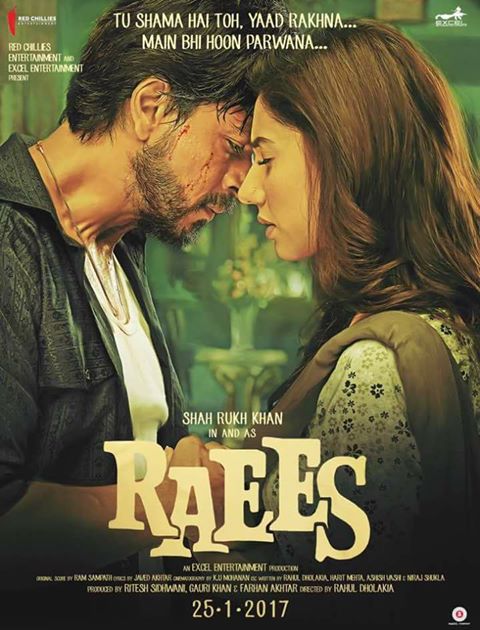