A REVELATION OF SORTS

June 27, 2015
For some, rain is captivating. Some others say rain is nostalgic. I had always maintained that rain was inspiring, but that day was different. Despite the sky opening its floodgates over my flat and its surroundings at the scenic Fort Kochi, I was anything but inspired. I was on my couch, with my netbook by my side and had finished typing my latest piece of fiction. It was three years ago that I had, rather inadvertently, discovered that I could actually write prose. After a few unsuccessful trysts with some leading magazines, I resorted to social media for publishing my works. Likes, comments and shares made me quite famous. In fact, my works do have some following in the cyberspace.

As I said before, I had finished typing a new story, but the problem I was facing was that I couldn’t find an appropriate title for my work. A thousand seconds and half a dozen titles flashed through, but none gave me any satisfaction. As I was still pondering over it, my phone rang. Unknown number.

‘Hi sir. Read your last work that you had posted on facebook. Frankly, it was brilliant. I loved it.’
‘
Oh thank you very much. As you might know, that was not my first work.’

‘I have gone through every of your stories, but none touched me to the core the way this did. Clearly this one was a cut above the rest.’

‘I would appreciate if you would not ask that.’

‘Just consider me as one of your readers. Isn’t that enough?’

‘But what’s wrong with me knowing your name?’

‘It’s not about being wrong, sir. Only that it is unnecessary. We both are total strangers. You write stories and I read them. After reading a story I couldn’t resist from calling you. My name is not of significance here. Hope you understand my point.’

‘But if you wouldn’t tell me your name, I might waste time thinking over the mysterious caller, right? Isn’t it better if you could tell me?’

‘I have reservations about what you said, sir.’

‘Well, if I didn’t tell my name, you might think about it for a while but eventually you’ll forget. On the other hand, consider the scenario of me telling you my name. I am Mr. Z for instance. In that case, whenever you come across a person named Z, my thoughts also could come to your mind. That is, you’ll think about this stranger all through your life. I felt I could make that not happen by simply not revealing an irrelevant bit of information. Okay, sir?’ 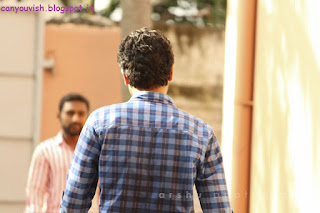 And I ended the rather eccentric conversation. Nevertheless, all of what he said was not bluff. I thought about a Hollywood movie that I had watched some time ago. In that movie, the protagonist was always shown wearing a mask. His real face never revealed, and I must accept this gave the hero a certain level of awe. Vikas Swarup, the celebrated author of the Slumdog Millionaire once echoed similar sentiments. Through a character in his novel Six Suspects, he stated that women in lingerie were a lot more appealing than nude ones.

Riding by this new wave of thoughts, I had another shot at my untitled work. After reading from the very beginning to the last period, I felt my work was complete in all sense. A title seemed out of place. As if the extra bit of information would kill the essence of the story.  And I posted the story without any titles. In under two minutes, the first ‘like’ was registered. I withheld my urge to check the name of who had liked. With a click, I logged out of the world that made me what I was. The downpour had not ceased. I found the rain seducing.