May 22, 2015
So what happened in the movie, pa? Sorry I slept midway through it.” My five year old son Abram asked me as we were returning home after the late evening show.

Rupa, my wife, threw an accusing glance at me. The idea of her only son following the path of her movie crazy husband did not go very well with her. Being a self-confessed adorer of the moving pictures, I believed that nothing matched the pleasure of having watched a really good movie.  And today I was happy. But I may have made a mistake when I took Abram to watch Interstellar with me when children of his age preferred Tom and Jerry.

“Well to put it short, men of the future went back in time and built a device to help us out.”

Abram’s eyes widened. “How can men of the future do that, pa? Travel back in time!”

“All that is a bit too much for your little head, sweet. You shall figure it out someday. Now it’s the time to say goodnight and get sleeping. Don’t you have classes tomorrow?”

After he went to bed, Rupa and I sat down for supper.

“What was the name of that Christian director, Abhijith?”

“Christopher Nolan.” I corrected her. “One of the absolute geniuses in the industry.”

We both laughed out loud. My devotion to movies and her complete disinterest in them were one of the many differences that we shared. Yet it was as if those differences defined us, complimenting each other perfectly. Like the Chinese Yin and Yang. After a quite supper, we decided to retire for the day.

As we passed Abram’s room, I noticed that he had not slept yet. I went near him. His eyes were tightly shut alright, but he was stirring constantly. And stirring meant that he was disturbed. I had to figure out what disturbed my little son.

“Are you gonna keep secrets between us, honey? You know I cannot sleep with that.”

He said nothing, but sat up. After a pause,

“Haven’t I told about you Prithvi, my best friend at school?”

“He’s the one with the Ben Ten watch, right? What about him?”

“We had a small fight the last day. Some silly thing it was. He has not spoken to me since.”

“Is that it? Don’t worry, my kid. Go to him tomorrow and tell him that you are sorry.”

“Do you want to be friends again?”

“Then do as I say. Trust me you’d feel better. Now you better get some sleep.”

As I switched the light off, his room filled with darkness while the colorful world of dreams filled his mind. 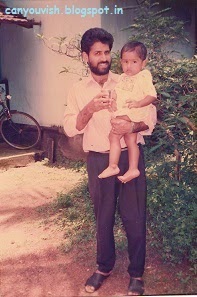 The day that followed was a particularly tiring day for me at work. Two of my clients had not turned up, and there were some delays involved in processing of the funds as well. I reached home half hour late than usual. As I reached, Abram ran to me excitedly.

“Great. I went to him and before I got to say sorry, we were both laughing. We talked a lot, and shared a chocolate from the canteen. I love you, pa.”

I smiled. All the worries from work seemed to have vanished.

“Today you went back and corrected a mistake from the past, right? That’s pretty much it.”

His little eyes danced with wonder, and joy. No more words were spoken. We hugged each other for some time. Then I knew that no pleasure matched the love of your family.