May 21, 2015
While students and executives across the globe often experienced Monday sickness, the young students in the fifth grade at the Hari Sri Vidya Niketan, Thrissur, often had Wednesday sickness. The first hour of the day was engaged by Ms. Nikhita, who was apparently the nightmare of the students. They knew their teacher to be fiery, merciless and strict. What they did not know was that the teacher faced a failing marriage and a drunkard husband back home, who accused her for his infertility. Her husband was physically mightier, and she accepted his abuses with a defiant silence. Alas, the children brunt the bitter fruits of her frustration. If the kids chatted while she taught, cane. If there was default in homework, cane. If they could not answer questions, cane. Deep down her heart, she knew she was not doing right, but she had to take it out somewhere to elude breaking down.

Little Taniya was nervous as her dad took her to school that Wednesday morning. She had no genuine excuse for not having done her homework. She had forgotten it altogether. Not that her teacher listened to excuses. Her dad kissed her a good day at school, while reminding her to have her lunch. Somehow she felt better, and confident. With a smile on her face, she headed to the staff room. Nikhita miss was at her table.

Nikhita was pleasantly surprised. “What is it?”

“I…I forgot to do my homework, miss. I am sorry.” She replied in all earnest.

Nikhita felt her blood rising up for a moment, but she stayed silent. She observed the little girl for a full minute. Slowly, her lips curved into a beautiful smile.

“I need your homework by the last hour. And don’t repeat this.”

Taniya was on cloud nine as she walked back to class. This was going to be a good day, she just knew it.

Usha Street in Bhandoop, in the outskirts of Mumbai, was famous for its roadside eateries and street vendors who thrived during the long night hours. The street was also famous, rather infamous, for one another thing. Once the sun set and the evening traffic subsided, the street belonged to eve teasers and other anti-social elements who roamed freely. They would stare and pass lewd comments at any women who happened to pass, even attempting to grope them at places where the non-functional street lights gave way to pitch darkness.

Greeshma had a particularly long and tiring day at work. The trip to her home usually took only five minutes by bus, but today she was late, and her bus had gone. That meant either she had to wait another twenty minutes for the next bus, or walk back which would take about ten minutes. She could save five minutes, if she used the Usha Street instead of the highway. Two roads diverged in the nearby crossroads, and she took the one that took her home earlier.

Greeshma had barely passed two eateries in the street, when she had this strange feeling that she was being followed. Quietly she shot a glance only to discover that a young man was approaching her from behind. She panicked and hastened her steps. To her dismay, so did her stalker. She stopped there, pondering. In the quiet of the night, she could hear the noise of the approaching footsteps.
Greeshma turned abruptly, and smiled at the young man.

He was taken aback. This was new to him. In his experience, most women would say nothing and let things go, while the bolder types would shout back profanities. But now, there was a young woman who was smiling. Even making an effort to speak to him.

“Bhaiyya” she continued, “would I get an auto from here?”

For some seconds he did not know what to say. He was surprised to hear the words coming out of his mouth.

“The auto-walahs have retired for the day, behen.” Behen! “Where are you headed to?”

“My home is only a few minutes’ walk from here. But don’t you know how unsafe it is for young women at this time of the day? I’m scared, bhai-saab.”

“Do not worry, behen-ji! Let me take you home.” He blurted.

And then the two of them walked together towards her home. She acted thankful, though inside she was laughing her heads off. For the first time in his life, he actually felt good, and important. 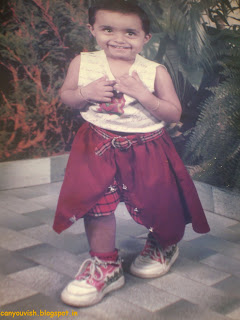