May 23, 2015
(before going into it, let me thank my friend Shrestha Ghosal who helped me clear this mess and make it presentable. Read on)

The rails lay long and firm on the ground. They always have, serving a higher purpose. Rails. Made of metal.

The wheels have been rolling on the metal rails for years. They seem small but their sizes disguise their strength. They have been rolling and rolling, humming to a rhythmical tune of their own. Wheels. Made of metal.

The enormous long trains proudly race up and down through our lands, with no particular destination in mind. They go where the metal wheels rolling on the metal rails take them. The deadlines set by humans do not matter to them. Trains. Made of metal.

The Railway Station at Iringalakkuda is not one of the prominent stations of the state but still it is big enough to cause the Parasuram Express, heading to Mangalapuram, to come to a screeching halt.

Jamsheed, his wife Neena and their young son Ijas alighted as the train obliged to the signal post which blinked red. It was not a particularly busy season and a fair portion of the seats lay vacant. Yet, Jamsheed had reserved their seats in advance. Jamsheed adored perfection and would not take chances in life. They were heading to his native place of Kozhikkode to attend the wedding of a relative.

It was early May when the sun burns hot and the rains are not at all expected. But the rain gods have not much regard for our seasons and our climates. On a hot and dry day, the skies had given way to a heavy downpour. Ijas ran up and took the window seat to himself. Like most of the kids, he too liked to watch the trees and the buildings run in the opposite directions. He liked to feel the winds and the raindrops on his face. Alas! Today it was not to be.

“But I want to feel the rain vaapa.” protested Ijas.

“Not today son. You might catch a cold.” His voice had a sense of finality.

And so a pane of glass prevented the winds from hitting on his cheekbones. He could see the rains but not feel them. The trees and the buildings continued to run.

Soon he was bored. He turned to his father who was now watching a movie on his tablet. Neena was lazily turning the glossy pages of a magazine. Was it Femina? Or Star and Style? Ijas did not care.

“I’m bored, umma.” She studied him for a moment and then gave him her phone.

“Find some games Ijju.” He meddled with his mom’s phone for a while. Angry Birds, Flappy Cow and Talking Cats… nothing made him happy. He soon kept it away and sat there blank faced.

As time passed, the sweet fragrance of a peeled orange found its way to where Ijas sat. He strained his neck to check the source. A family, quite like his own, were seated across the aisle. The mother was peeling oranges and sharing those among the three of them. The father looked relaxed and he rested one of his arms around his daughter’s neck. When Ijas looked he could see a small family, a happy family. He tried to catch a glimpse of the daughter’s face, but she was looking away.

It was a Saturday afternoon and the fourteen-year-old Viji and her parents were traveling by train to meet her grandmother. Being an adolescent, Viji was in such a phase of her life where people tend to lead their lives according to some invisible rules, striving to be labeled modern and smart. Hence she dressed modern, talked less, ate very cautiously and smiled seldom. To her dismay, her parents did not conform into such a pattern. They laughed loudly, even talked with strangers in their coach. It was too much. ‘When would they learn manners!’ she sighed.

Viji had noticed a family of three who had entered the coach at the Iringalakkuda Railway Station. Going by their dressing style and conduct, Viji was convinced that they matched the perceptions of her modern and smart family. She felt her father’s hand around her shoulders. She shifted uncomfortably.

“Have these Oranges, dear”, her mother said while offering her one. Viji felt embarrassed. She had read online that the rate at which a person has processed food is an indicator of how civilized he is. And here her mother had offered her the most unprocessed form of the fruit.

“Do try these, dear. They are real sweet. Let me peel one for you.”

She was in a spot. She disliked taking them and yet she dared not to create a scene. Slyly, she shot a glance to where the young boy and his parents sat. She found the father all wired and glued to a tablet computer. The mother was reading something and the boy was playing some game on his phone. She couldn’t catch his face as he was looking down at the screen. 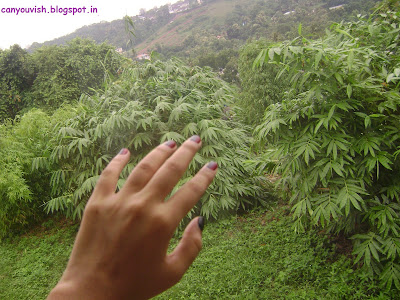